UNIT 2 CHANGING NATIONS
Chapter 4 Life in different cities
4.1 Why do people live in cities?
4.2 Where do people in different countries live?
4.3 How can we plan for Australia’s urban future?

Chapter 5 Migration
5.1 Why do people move?
5.2 What are the impacts of migration?
5.3 How has international migration changed Australia?

Overview 1 The Western and Islamic world

Chapter 6 The Vikings
The Vikings: a timeline
6.1 How was Viking society organised?
6.2 What developments led to Viking expansion?
6.3 How did Viking conquests change societies?

Mark Easton is a full-time teacher at Saint Margaret’s School in Berwick. He has taught Geography, History and English for over twenty years and has contributed to many school textbooks and atlases.

Maggy Saldais brings fifteen years’ experience in educational publishing to her role as a History author. Maggy has a strong academic background in the discipline of History and a long-held commitment to engaging middle-years students in learning and discovery in her field of expertise. 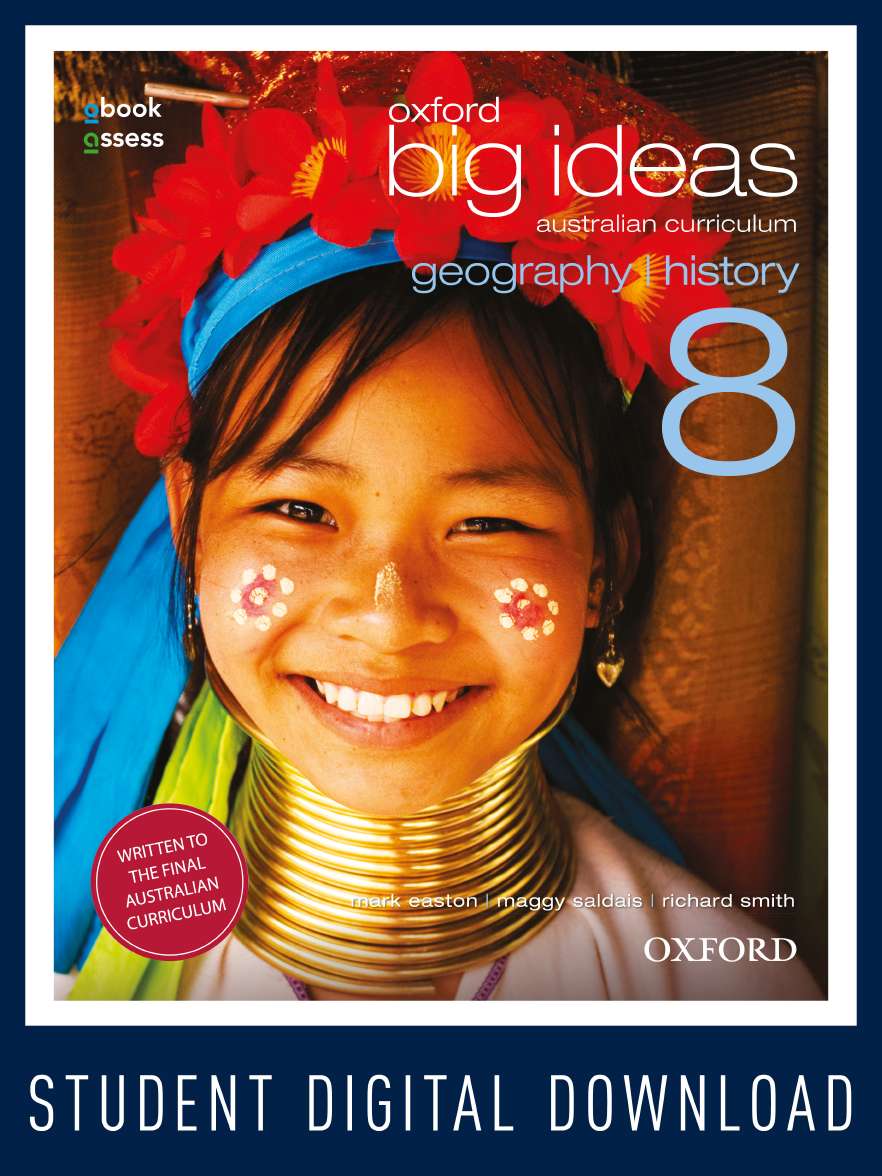