Australia and Asia
Asia and the world
China [obook only chapter]
1 How was society in China organised from 1750 to 1918?
2 How was Chinese society influenced by world events and cultures around the start of the twentieth century?

Japan [obook only chapter]
1 How was society in Japan organised from 1750 to 1918?
2 How was Japanese society influenced by world events and cultures around the start of the twentieth century?

India [obook only chapter]
1 How was society in India organised from 1750 to 1918?
2 How was Indian society influenced by world events and cultures around the start of the twentieth century?

4.0 Making a nation
4.1 Why were colonies established in Australia and who was affected?
4.2 How did key events and ideas influence the development of Australia?
4.3 What was life in Australia like at the start of the 20th century? 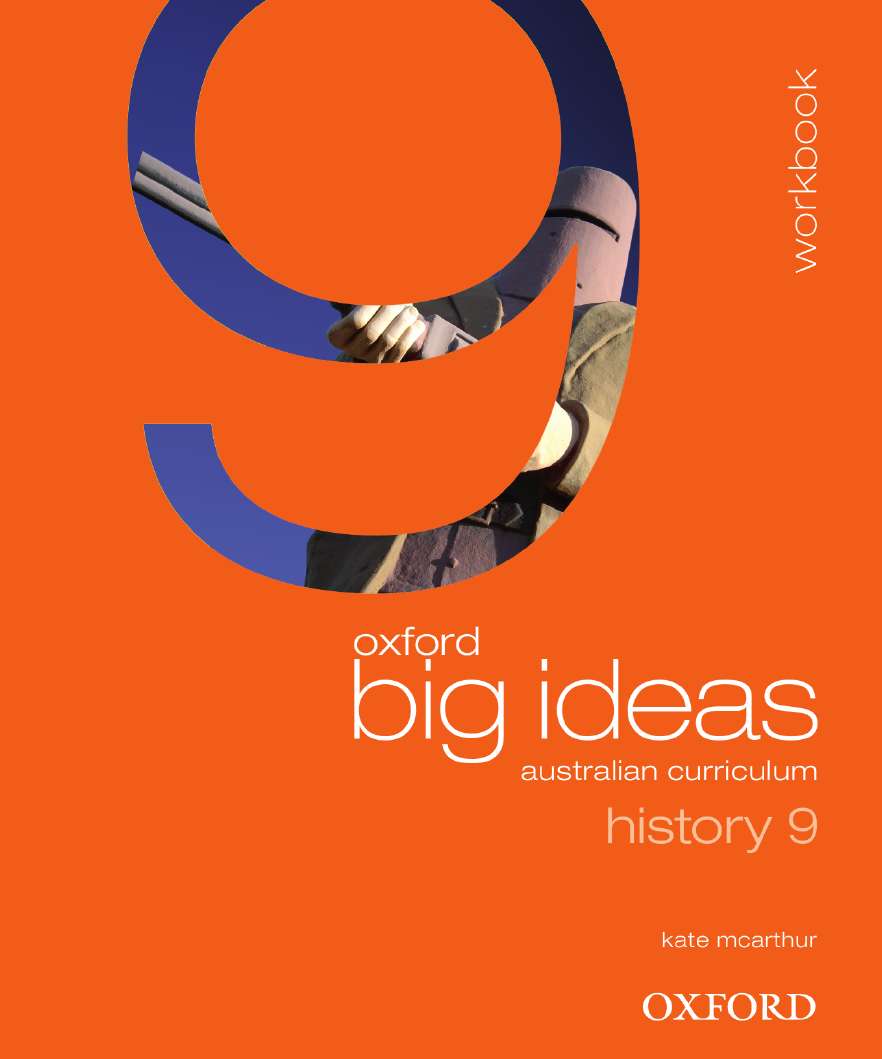