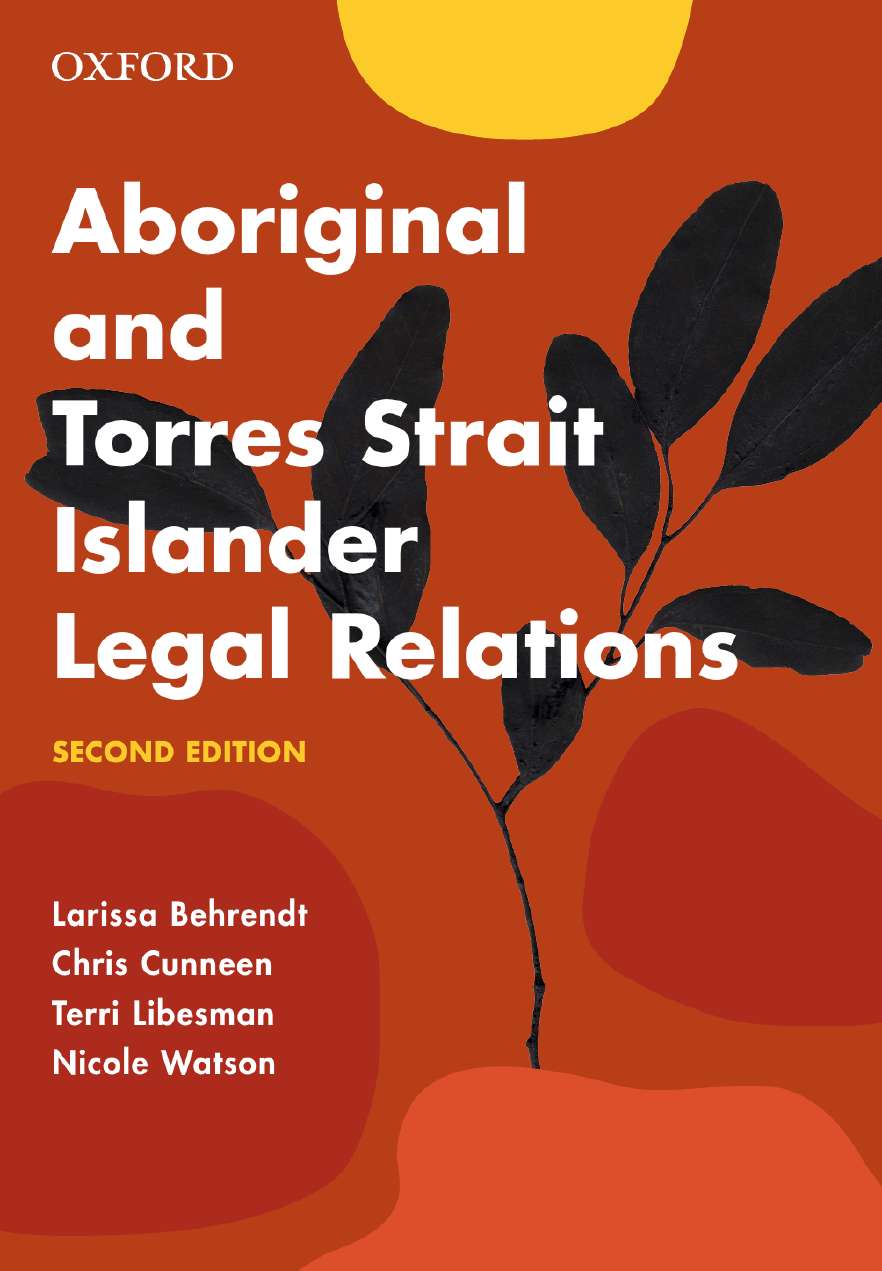 It engages readers in key debates, such as reparations for the Stolen Generation and changes to the Constitution, and explores how the law can play a role in providing a framework for recognising Aboriginal and Torres Strait Islander peoples’ rights.

New to this Edition

PART ONE: THE LAW OF THE COLONISERS

13. A Framework for Self-Determination Larissa Behrendt