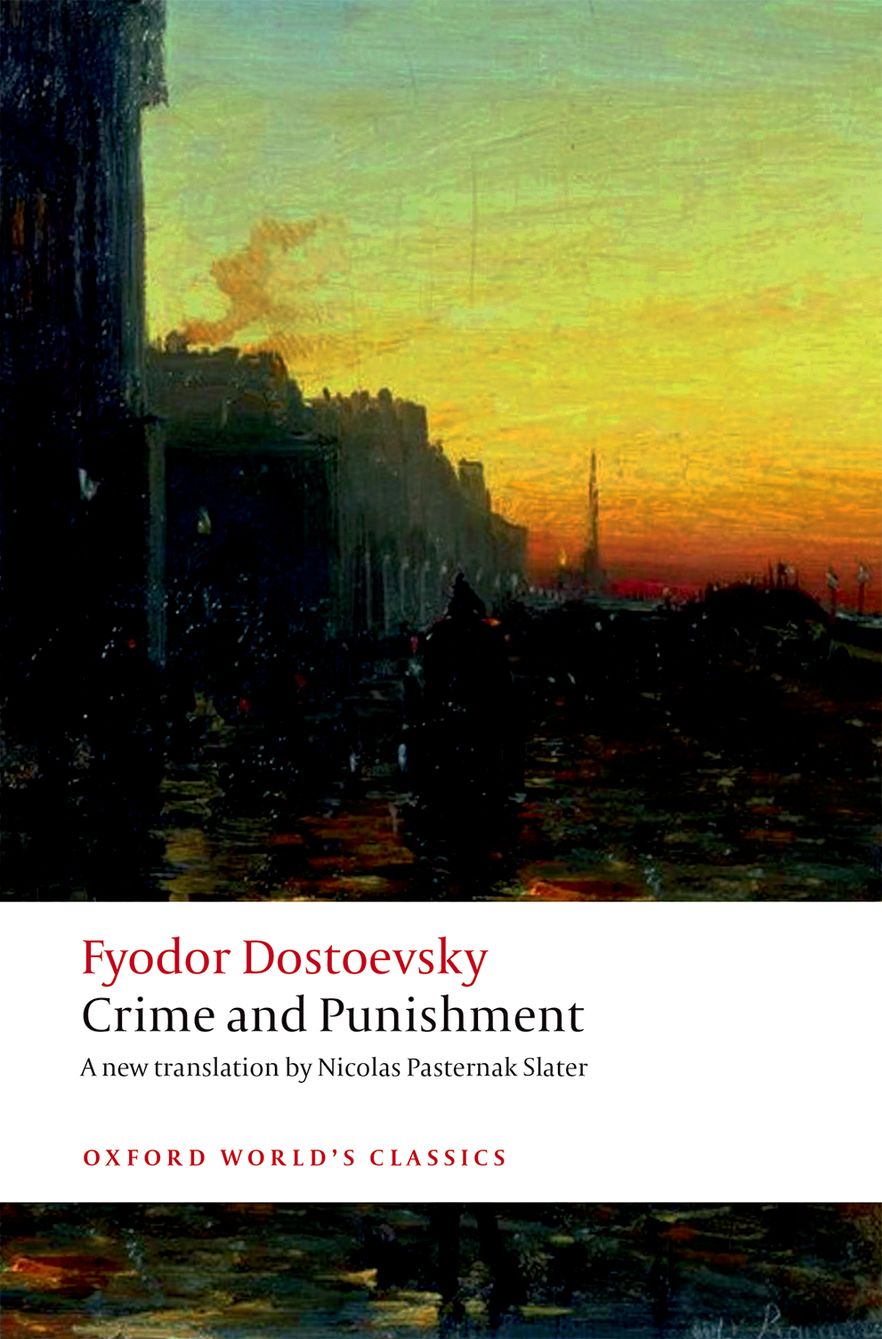 'One death, in exchange for thousands of lives - it's simple arithmetic!'

This is a new translation of Dostoevsky's epic masterpiece, Crime and Punishment (1866) by Nicolas Pasternak Slater, with editorial material by the UK's leading Dostoevsky expert, Dr Sarah J. Young.

The impoverished student Raskolnikov decides to free himself from debt by killing an old moneylender, an act he sees as elevating himself above conventional morality. Like Napoleon he will assert his will and his crime will be justified by its elimination of 'vermin' for the sake of the greater good. But Raskolnikov is torn apart by fear, guilt, and a growing conscience under the influence of his love for Sonya. Meanwhile the police detective Porfiry is on his trail. It is a powerfully psychological novel, in which the St Petersburg setting, Dostoevsky's own circumstances, and contemporary social problems all play their part.

Nicolas Pasternak Slater has translated several works by Boris Pasternak, most recently The Family Correspondence, 1921-1960 (Hoover Press, 2010). For Oxford World's Classics, he has translated Lermontov's A Hero of Our Time (2013) and Tolstoy's The Death of Ivan Ilyich and Other Stories (2015).

Sarah J. Young is Senior Lecturer in Russian at the School of Slavonic and East European Studies, University College London, where she teaches and researches nineteenth- and twentieth-century Russian literature, culture, and thought. She is the author of Dostoevsky's 'The Idiot' and the Ethical Foundations of Narrative (Anthem Press, 2004), and co-editor of Dostoevsky on the Threshold of Other Worlds (Bramcote Press, 2006).

A Tale of Two Cities