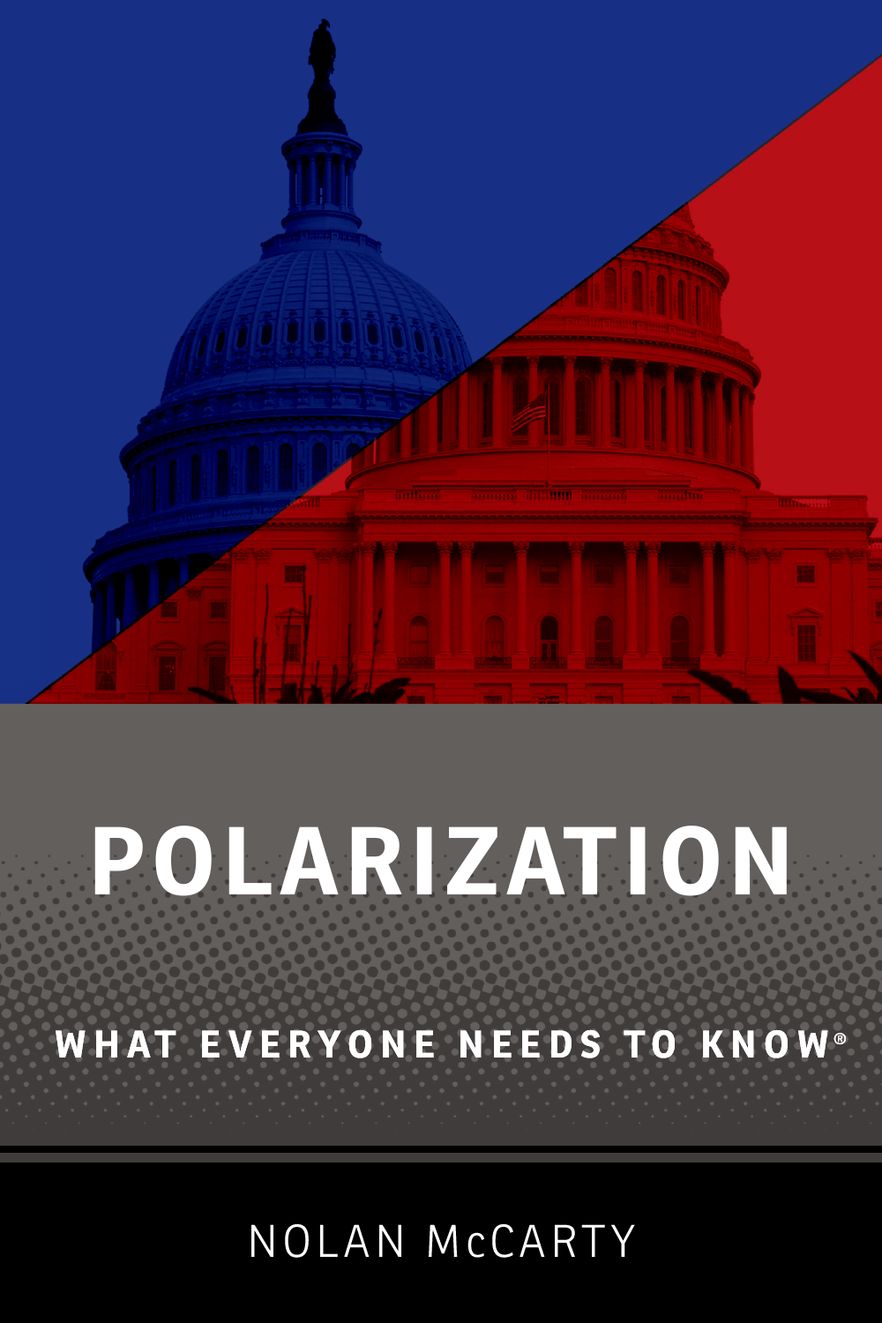 The 2016 election of Donald J. Trump invoked a time for reflection about the state of American politics and its deep ideological, cultural, racial, regional, and economic divisions. But one aspect that the contemporary discussions often miss is that these fissures have been opening over several decades and are deeply rooted in the structure of American politics and society.

In Polarization: What Everyone Needs to Know® Nolan McCarty takes readers through what scholars know and don't know about the origins, development, and implications of our rising political conflicts, delving into social, economic, and geographic determinants of polarization in the United States. While the current political climate seems to suggest that extreme views are becoming more popular, McCarty also argues that, contrary to popular belief, the 2016 election was a natural outgrowth of 40 years of polarized politics, rather than a significant break with the past. He evaluates arguments over which factors that have created this state of affairs, including gerrymandered legislative districts, partisan primary nomination systems, and our private campaign finance system. He also considers the potential of major reforms such as instating proportional representation or ranked choice voting to remedy extreme polarization. A concise overview of a complex and crucial topic in US politics, this book is for anyone wanting to understand how to repair the cracks in our system.

Nolan McCarty is Susan Dod Brown Professor of Politics and Public Affairs at Princeton University. He is author and co-author of several previous books, including Polarized America (2006) and Political Bubbles (2013).