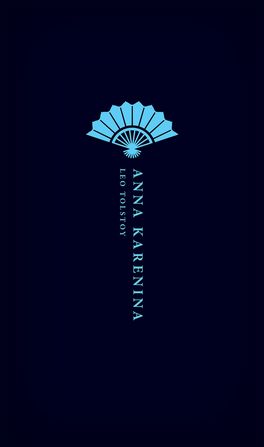 Love... it means too much to me, far more than you can understand.
At its simplest, Anna Karenina is a love story. It is a portrait of a beautiful and intelligent woman whose passionate love for a handsome officer sweeps aside all other ties - to her marriage and to the network of relationships and moral values that bind the society around her. The love affair of Anna and Vronsky is played out alongside the developing romance of Kitty and Levin, and in the character of Levin, closely based on Tolstoy himself, the search for happiness takes on a deeper philosophical significance.

One of the greatest novels ever written, Anna Karenina combines penetrating psychological insight with an encyclopedic depiction of Russian life in the 1870s. The novel takes us from high society St Petersburg to the threshing fields on Levin's estate, with unforgettable scenes at a Moscow ballroom, the skating rink, a race course, a railway station. It creates an intricate labyrinth of connections that is profoundly satisfying, and deeply moving.

Rosamund Bartlett's translation conveys Tolstoy's precision of meaning and emotional accuracy in an English version that is highly readable and stylistically faithful. Like her acclaimed biography of Tolstoy, it is vivid, nuanced, and compelling.

Rosamund Bartlett has published widely in the fields of Russian literature and music. Her books include Wagner and Russia (CUP, 2007) and Shostakovitch in Context (OUP, 2000), as well as biographies of Chekhov and Tolstoy. Her life of Tolstoy was longlisted for the Samuel Johnson Prize. As a translator she has published the first unexpurgated edition of Chekhov's letters for Penguin Classics, and her translation of Chekhov's short stories, About Love and Other Stories, for Oxford World's Classics was shortlisted for the Oxford Weidenfeld Translation Prize. She was until 2006 Reader and Head of Department of Russian at the University of Durham, and she is the Founding Director of the Anton Chekhov Foundation, set up to preserve Chekhov's house in Yalta, for which she was awarded the Chekhov 150th Anniversary Medal in 2010 by the Russian government.

`[It is] much the best English translation which has ever appeared ... Bartlett also offers a superb introduction - best thing ever written about the novel - and helpful notes.  It is also a very beautifully produced book.' A. N. Wilson, TLS

`Any excuse to reread Anna Karenina, and I enjoyed Rosamund Bartlett's new translation, published in a handsome hardcover edition by Oxford University Press.' Sara Wheeler, Book of the Year 2014, Observer

`Rosamund Bartlett's translation is much the best English translation which has ever appeared. Bartlett also offers a superb introduction - best thing ever written about the novel - and helpful notes.  It is also a very beautifully produced book.' A. N. Wilson, Books of the Year, Times Literary Supplement

`Rosamund Bartlett's achievement is magnificent. In particular, her translations of the descriptive passages are miniature masterpieces. The translation is fresh and immediate, but with all the elegance and power of the original.' Amy Mandelker, CUNY

`Rosamund Bartlett's riveting new translation of Anna Karenina brings the reader into Tolstoy's many-faceted worlds with an immediacy, majesty and clarity that no other translator of this great novel has ever achieved.  At the same time she represents "the idiosyncrasy of Tolstoy's inimitable style" through idiomatic, natural English. Whether it is Levin's series of epiphanies, the intimate workings of Anna's mind and heart, or the ever-present, sustaining worlds of families and of nature-the sky, the meadows, the bees or other creatures of the animal kingdom-each of Tolstoy's interlocking realms is powerfully yet exquisitely rendered by one of the finest translators of our time.  Bartlett's Anna Karenina, with its brilliant introductory essay, explanatory notes and bibliography, will be the go-to English version of Tolstoy's-indeed the world's-precious masterpiece.' Robin Feuer Miller, Brandeis University

`In this crisp new translation, Bartlett brings a refreshing tone to some of the novels traditional, didactic black spots, as well as to its classic moments  the horse race, the railway station.  Bartlett is a scholar with an in-depth knowledge of the man she is translating and this shines through in her instinctive ear for Tolstoys authorial voice and rhythm.' Helen Rappaport, Shiny New Books

`This is a fine new translation, of which the scholarship demonstrates Bartlett's considerable knowledge of the author. It is a welcome contribution to the ongoing life of this enigmatic, divided, passionate work.' Catherine Brown, Independent

`I am swept up in prose that is so beautiful it has moved me more than once to tears... And I am weighing in to say that I love Bartlett's language. It resonates with my concept of Tolstoy, and my concept of this magnificent novel. I recommend this book... I don't think a new reader of "Anna" could go wrong with Bartlett.' Anne Rice