Loved by millions of children around the world Pippi Longstocking is one of the most popular children's characters of all time. This new edition of the classic story by Astrid Lindgren contains brand new black and white artwork by award-winning illustrator Mini Grey, introducing Pippi's adventurous spirit to a whole new generation of readers.

`'Pippi Longstocking may have debuted in 1945, but she feels like a very modern heroine: independent and spirited, underpinned by kindness and warmth'' The Bookseller

`I love how unconsciously rebellious she is. She doesn't care about rules, she cares about people' Alicia Vikander 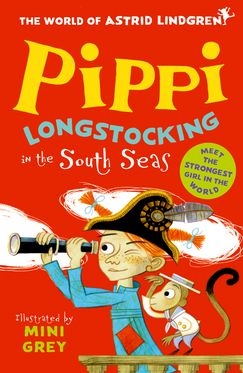