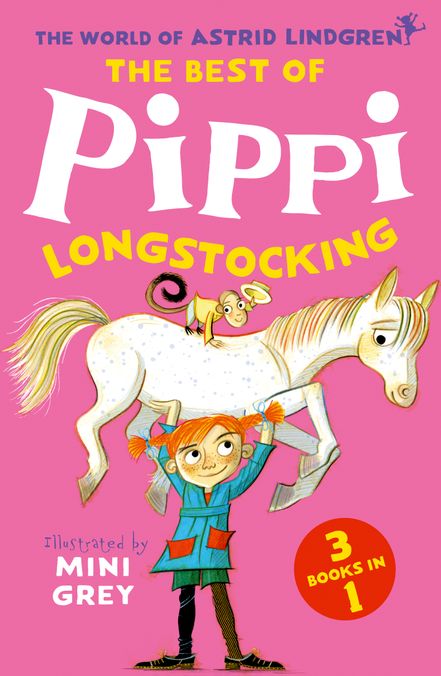 Containing all three classic Pippi Longstocking adventures in one stunning edition, this book will introduce Pippi's adventurous spirit to a whole new generation of readers!

Pippi is nine years old. She lives in Villa Villekulla with a horse, a monkey, a suitcase full of gold, and no grown-ups to tell her what to do. She loves spending her days arranging wild, exciting adventures to enjoy with her neighbours, Tommy and Annika, or entertaining everyone she meets with her outrageous stories!

`If Pippi met Voldemort she'd make mincemeat out of him and then, because she's a generous, forgiving soul, sit him down and feed him ginger snaps.' Daily Telegraph

`Pippi is in the great tradition of children's protagonists who subvert the adult world, whether by questioning it, like Alice, or simply throwing it into chaos, like Dr Seuss's Cat in the Hat.' The Guardian

`Pippi Longstocking was my girl. I loved her strength - not just her physical power, but the idea that she wouldn't allow her voice to be diminished by anyone. [ . . . ] What I loved most was that she was a girl, and she was a little different, and she was still the most powerful character in those books.' Michelle Obama